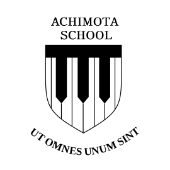 Achimota School, formerly the Prince of Wales College and School, is located on a 950-acre campus nine kilometers east of Accra in the Achimota Forest Reserve. Once inhabited by eagles, owls, and alleged spirits of assorted types and powers, the word Achimota in the Ga language means “you don’t speak someone’s name here.” What was once feared as a dark and mysterious stretch of forest has now become an internationally recognized beacon of light and knowledge, a non-denominational, Christian institution that accepts students from all religious backgrounds.
‍
The school was founded in 1927 as the country's first government co-educational boarding institution. Governor Gordon Guggisberg, a colonial administrator in this country, Reverend A. G. Frazer, the school's first principal, and Dr. Emman James Kwegyir Aggrey, a Gold Coaster, were the school's founding fathers.
‍
In 1920, a year after assuming office as governor of the Gold Coast, Guggisberg expressed his dissatisfaction with the country’s secondary educational system and set out to improve it. He appointed a committee of educationists under the chairmanship of D. J. Oman, the then-director of education, to “investigate educational efforts on the Gold Coast, their success and failure, with reasons for each, and to make recommendations for educational policy.” The committee recommended, among other things, the establishment of a secondary boarding school for boys near Achimota village.
‍
In 1925 Governor Guggisberg published his 16 principles for the future guidance of Gold Coast education. Intriguingly, nearly all of these principles were implemented concurrently with the construction of Achimota School. Indeed, Guggisberg envisioned it as a “research laboratory for education,” his solution to the country’s educational problems, and the cornerstone of his plan of sweeping reforms.
‍
Enter Reverend A. G. Frazer, the college’s first principal. Frazer altered Guggisberg’s blueprint in two ways: instead of a boys’ secondary boarding school, the college would become a co-educational institution. Secondly, its educational programme would begin with primary school children rather than secondary pupils. Dr. Emman James Kwegyir Aggrey, the third founder, acted as a diplomat and communicator between the native people and the predominantly European Achimota staff, splitting his time between teaching and traveling throughout the country to spread the vision of a new school founded to offer students a blend of European and African culture and education.
‍
The first formal classes began in early 1927 with 60 six-year-olds. By 1930 the total number of learners had increased to 458, distributed as follows:
Kindergarten            52
Primary (Lower)       92
Primary (Upper)       87
Secondary                66
Teacher Training      156
University                 4
‍
Between 1932 and 1938, numerous new structures were added. Throughout this period, Achimota School continued to serve as a kindergarten, primary, secondary, teacher training, and University College in miniature, preparing students for the University of London's external Intermediate Examination.
‍
In 1948, national legislation separated the secondary school from the University College which now occupied the western compound of the campus until its own new buildings on Legon Hill were completed. Similarly, the Teacher Training College, initially sharing the western compound with the University College, was separated from the secondary school. Ultimately, it was relocated to Kumasi in September 1951. Thus it was that, by ordinance, the secondary school section of Prince of Wales College became an autonomous, self-contained institution that came to be known as Achimota School.
‍
Close to the campus are the Achimota Golf Course, the Achimota School Police Station, a large farm, the Achimota Hospital, and a staff village for the school’s non-teaching employees. (The hospital and police station have now been designated as district-level institutions.)
‍


Ideals Upon Which Achimota School Was Founded

To be the best school both locally and internationally by training the Head, the Hand and the Heart holistically.

To educate the total being of boys with girls not just in the academics but to make the best use of the minds and bodies, and have respect for all that is true and of lasting value in the Old African Culture, beliefs and ways of life.

Thank you!
Download Here!!
Oops! Something went wrong while submitting the form.